Clouds building on the logistics horizon for companies trading with the USA - ILA sound a warning shot!

Some of you may remember our coverage of the dispute between the ILA (International Longshoreman's Association) union in 2012/2013 (whose staff man the container ports on the USA East and Gulf Coasts) when their hard line president Harold Daggett threatened to bring about a strike on the USA East Coast to bring their contract negotiations to a head. 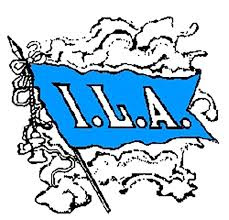 In the end the strike was avoided but we came very close and so close in fact that many US companies made contingency plans to route their cargo into other ports and send a portion of their product by air to ensure they could continue to supply their own customers.

That new 6 year contract was agreed in 2013 as per the below article however we are now seeing the start of a new hard line stance regarding the new contract which will take effect in 2018.

So, one for you to watch and be aware of as we could see disruption as the negotiations begin and continue, leading up to Sep-2018

Andy was part of the judging panel for the 2016 Global Freight Awards, his second year in this prestigious role. The awards recognize quality, innovation and performance in the field of international logistics.